Apollo 12 returned 34 kilograms of samples, including 45 rocks, samples of lunar "soil," and several core tubes that included material from as much as 40 centimetres below the lunar surface. 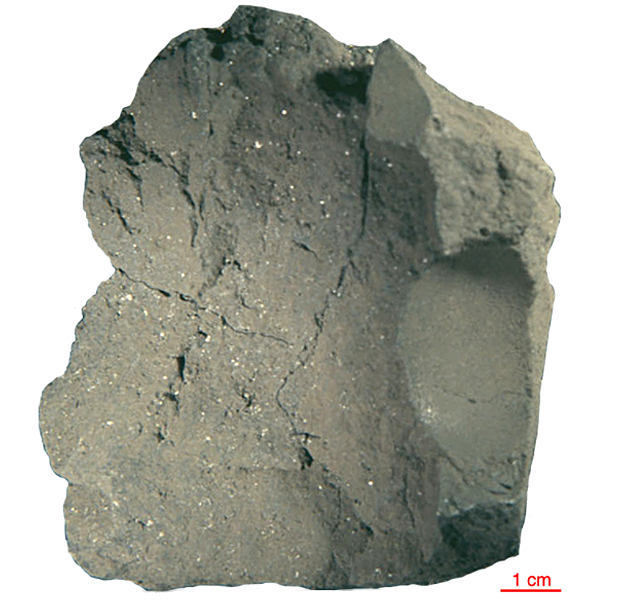 12015 (44) - Olivine vitrophyre
These digital assets are available under a Creative Commons Attribution-NonCommercial-ShareAlike 2.0 Licence

12015 is an olivine vitrophyre with skeletal and dendritic olivine and pyroxene phenocrysts. Microphenocrysts of chromite are also an early phase. These phenocrysts are set in a nearly opaque fine-grained matrix of dendritic pyroxene, plagioclase, filamental ilmenite, chromite, cristobalite, troilite, metallic iron and glass. The bulk composition of 12015 (and 12009) is thought to represent the original magma composition of Apollo 12 mare basalts.

The sample weighed 191.2 grams before analysis. It has not been dated.

In Place
In Time
Accuracy:
Timescale:
Not known
Ma = Millions of years ago
In Focus
Collection:
Apollo 12