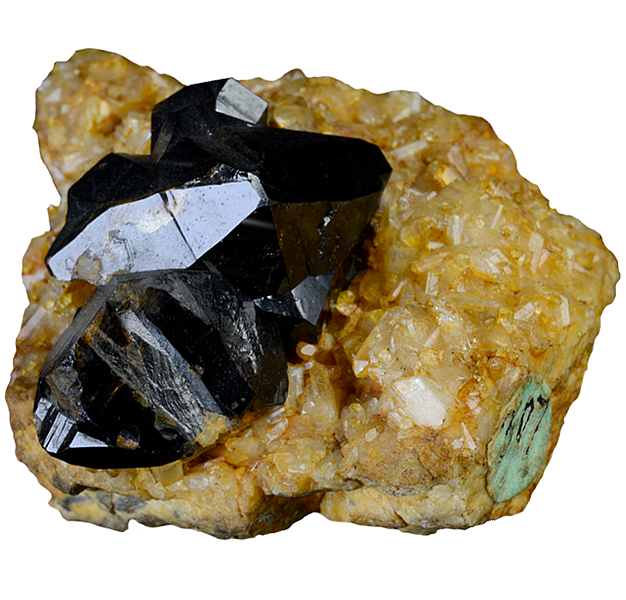 Cassiterite and topaz
These digital assets are available under a Creative Commons Attribution-NonCommercial-ShareAlike 2.0 Licence

Unusually fine crystals of cassiterite (tin oxide) can have a value beyond that of the tin they contain. This specimen that came from Trevaunance near St Agnes, was acquired by gentleman-collector Philip Rashleigh early on in his collecting career. It shows large cassiterite crystals intergrown (or twinned) with each other.

Rashleigh included this specimen in the first of two illustrated books he produced on British minerals, published in 1797 and 1802. His description of the specimen reads:

"Fig. 2. - Represents a large, black, shining tin crystal with a very short column and broad pyramid which is interrupted by other crystals forming thereon.  This tin ore is formed in a group of small crystals of topazes.  This is a singular specimen and came from Trevaunance, in St Agnes.”

Rashleigh used the letter ‘r’ to indicate how rare a specimen was:  the greater the number of ‘r’s the rarer the specimen.