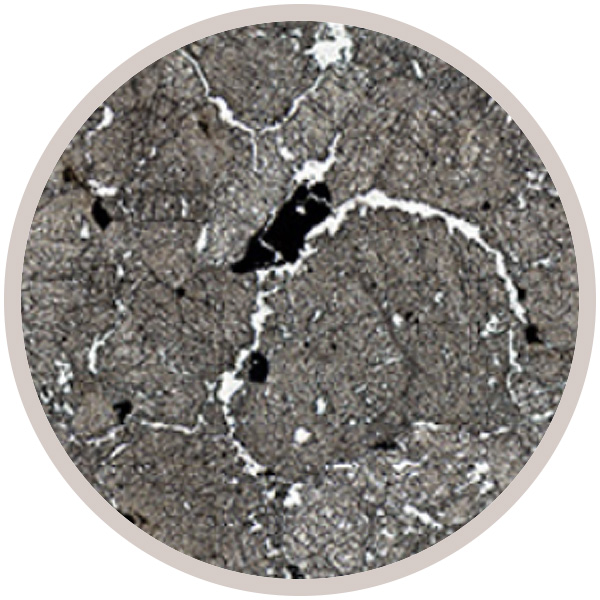 Chassigny
These digital assets are available under a Creative Commons Attribution-NonCommercial-ShareAlike 2.0 Licence

We would like to thank the following for the use of this sample:
Sedgwick Museum of Earth Sciences

The Chassigny meteorite fell to Earth in a fireball on October 3rd 1815. Detonations were heard near the village of Chassigny in the province of Haute-Marne, France (Dijon is the nearest city). It is one of the first meteorites to be recognised as a genuine rock from space and to date the only Martian meteorite that has been found in Europe. Only one 4 kg stone was found despite an extensive search.

Because it has a different noble gas assemblage to that of the Martian atmosphere, these compositions are thought to be a mantle signature.

This description is based on the work of NASA scientist Charles Meyer - compiler of The Mars Meteorite Compendium.